Parents are taking a noticeable swerve away from traditional medicated colic treatments and moving towards homeopathic remedies. This trend has recently been intensified with the recent recall of Zantac and other producers of Ranitidine. This recall is due to findings of a carcinogenic (a harmful, cancer causing agent) within the medicine that is used to treat reflux.

The use of medications

Although our health professionals are amazing at what they do, there is an over reliance on medication for babies, especially babies who exhibit reflux symptoms. This has led to an increase in babies suffering with side effects such as constipation and excess wind. In my practice, I often have parents attending my classes with concerns over their baby’s bowel habits and the associated pain that constipation brings. This usually coincides with the use of the alginate, Gaviscon.

Proton pump inhibitors (PPIs) such as Omeprazole are being given to young babies to control reflux and colic like symptoms and are often being used for extended periods of time. However, the clinical advice is to use this medication on a short-term basis, due to the suppression of the stomach acid. A healthy gut requires acid to keep bacteria at bay and to prevent the risk of infections. It also has side effects such as vomiting, stomach cramps and headaches.

Families are now reaching for the homeopathic remedies in the hope to tackle their baby’s colic symptoms. The majority of homeopathic treatments are safe, with no side effects, making them ideal for babies and their sensitive digestion. Although, it is always recommended to check the ingredients of any remedy before taking it yourself or giving it to your baby.

One homeopathic remedy for babies exhibiting colic symptoms is Colic Calm. This gripe water is gaining popularity as a treatment for babies with digestive complaints such as trapped wind. Colic Calm contains no sugar, simethicone, wheat, gluten, soy, dairy, or animal products which is makes it gentle for a baby’s digestion.

It also does not contain sodium bicarbonate which is often used in gripe water. This chemical should be avoided as it can react with the stomach acid in the baby’s gut. The reaction between the acid and the sodium bicarbonate can release carbon dioxide and sodium chloride. This could result in even more trapped gas in a baby’s tummy, exacerbating the colic symptoms.

The Colic Calm gripe water uses natural ingredients such as fennel, ginger and peppermint which are known to aid digestion. It also uses blackthorn and vegetable carbon which is understood to promote the absorption and expulsion of gas.

Chamomilla deriving from the chamomile plant is often used to soothe a colicky baby. Research suggests that it can soothe intestinal spasms. Chamomile also has a soothing effect on a person and it is believed to be used as a sleep inducer.

Weleda has created chamomilla granules for colic and teething pain. This homeopathic treatment can be given orally to a baby to help manage the colic symptoms.

An alternative for a breastfeeding baby is for the mother to drink chamomile tea as the properties can be absorbed through the mother’s breastmilk and passed onto the baby.

Natrum Phosphoricum is a cell salt which is used to relieve a range of symptoms related to acidity in the body. Many parents have found that this natural, gentle remedy can relieve the reflux symptoms in their baby without the harsh medicines that can alter the gut microbiome, leaving a baby with side effects such as stomach pain, gas and constipation.

A breastfeeding mother can take Nat. Phos tablets and the properties can be passed along via the breastmilk. A bottlefed baby may be given the tablet in dissolved in milk/water.

Although much research has been inconclusive about homeopathic remedies, speaking to families who have tried these natural treatments, they believe that they had a positive effect on their baby. Medicine will always have a place and you should always seek advice of a healthcare practitioner when you are concerned about your baby. However homeopathy can offer an alternative for families who are looking for something more gentle on their baby’s gut.

The Effects of Tongue Tie

Coping with your Baby's Cries 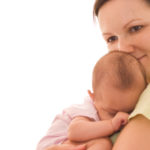 Could Goat Milk Formula Hold the Key to Colic Aid? 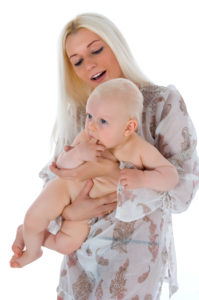 4 Ways to Stop the Witching Hour